skip to main | skip to sidebar

PART ONE: WHAT WE DID
Rating for each out of 5
Guest speaker: Rosemary about Timor Leste (was away)
Guest speak: Joel about the xo 3/5
Physics 5/5
SVG icon and Linux command line 5/5
Turtle Art 5/5
Other activity evaluation 4/5
Etoys 4/5
Scratch 4/5
Three things I learnt:

Some things I enjoyed about this semester were playing with the XO command line and learning how to hack an OS for the first time. Something else I enjoyed was using Turtle Art to make shapes using a certain command, Turtle Art was very fun and made me concentrate in class more because I wanted to learn how to complete the complex shapes. The most enjoyable activity this semester was playing with the Physics activity in Sugar. It was fun because you can make your own shapes and play with them. It is also fun because it is an activity you can play with your classmates.
Three things I didn’t like:

There were three things I didn’t like in this semester they were the speeches from Joel about XO because I don’t like listening about the XO and would rather play around with the XO myself. Something else I didn’t enjoy about this semester was Scratch because it got very repetitive and boring which resulted in a lot of slacking in class. Something which I liked a little but disliked a bit is the Etoys activity because it was interesting but when I couldn’t get something to work the way I wanted it to made me frustrated and furious. It was a reason I was slack in class for one lesson.
The best thing I done this semester:

In this semester the best thing I done was command line because I learn something useful and interesting. I have always wanted to learn about hacking and now I have finally experienced it using the command line.

The worse thing I done this semester:

The worse thing I done was listening to Joel talk about the XO because it was boring I could have done something better in that one lesson.

The most interesting thing I don’t this semester:

The most interesting thing I done this semester was again the command line because it was difficult but also interesting to solve and work out. Making the XO get replaced with your own image was interesting. Something I wonder is how much can you change of the XO. I have only been able to change the XO image with mine and also change how the activities are sort out.

The most difficult part of this semester:

4) Is the XO and OLPC a good idea? My opinions and reasons:
The XO and OLPC is a good idea for children developing in the world because it gives them a cheap and portable computer which they can use. It is also good because they can learn to use a more simple structure of a computer before they develop to use a computer when they can afford one. It is also good because it is durable and in the developing world conditions can be harsh but the XO will be able to take it. PART TWO: USER INTERFACE
Complete a variety of labelled screenshots which illustrate the differences between these user interfaces
Part Two: User Interface
Windows (WIMP – windows, icons, menus, pointers – as in MSOffice 2003) 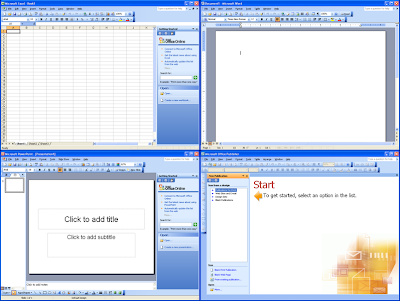 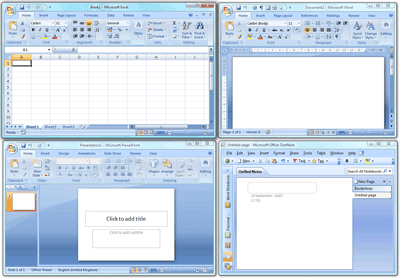 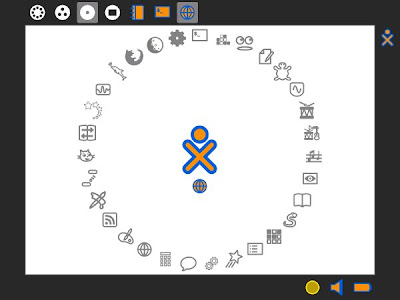 Which user interface do you prefer. Rate them in order. Give reasons.

Office 2007 Ribbon interface: I prefer office 2007 over 2003 because the ribbon is set out very neatly and has previews of things which you are going to use. Also it has categories which I prefer a lot because it is easy to find everything.

Office 2003 WIMP interface: I like this interface because it is nicely spread out and I had a few years in experience using it. Although it is set out neatly I prefer 2007 more.

Linux command line: This can be quite interesting if you’re interested in hacking because u can control and change everything. I was interested that is why I liked it but if you’re not into doing things like hacking it can be boring.

Sugar interface: This was very boring because it didn’t look appealing and the icons had no names to them until you moved your mouse over them. Although they have good icons I don’t really like Sugar.

What will the UI look like when you are 30 years old? 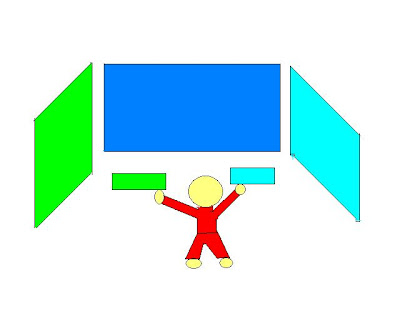 It would look like my picture above where u are standing/sitting and you are able to move pictures files and everything with your hand and you have no mouse or keyboard and it can be voice activated and u can move an item from one screen to another.
Posted by dude at 12:14 PM